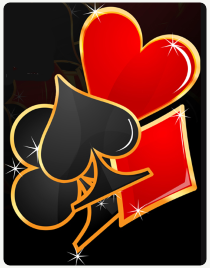 Well we all know poker and played it a lot of times. Let us learn something about video poker today.

In simple words Video Poker is nothing but a casino game that is based on poker in the five card draw version. Video poker can?t be played without the use of a computerized console. This console is of the same size as that of a slot machine.

Video poker came into being after the introduction of two things. First being monitor, which had to be like television and secondly a processing unit. When both of them became economical to be used together, video poker came into existence. Around three to four decades earlier, in the 1970s the first models of video poker was launched. If you look at it from today?s point of view it was really an outdated unit. The first video poker unit also came out in the market during the time when personal computers were launched.

With the help of SIRCOMA (Si Redd?s Coin Machines) video poker started to gain some feet. SIRCOMA later evolved in the course of time to International Game Technology and finally introduced the game ?Draw Poker? in the late seventies. The popularity of video poker grew leaps and bounds especially in casinos as the world started finding video poker more interesting than other table games that they usually played. As of now, Video Poker has probably touched the pinnacles of popularity and is played with great enthusiasm at most of the land based casino places, especially in Las Vegas which is considered as the casino capital of the world, and at online casinos which have contributed even more to the diffusion of the game.

How to Play the Game?

It is very simple to play video poker. The first thing that you need to do is place a bet on more than one credits, this can be done by inserting money into the machines. Once money is inserted, we can draw cards by pressing the deal button. From the virtual deck, an opportunity is given to the player to either keep the cards or discard more than one card in return of a different card. Once the draw is over, the coined machine checks the card that you have in hand and evaluates the winning hands which must be in the schedule. In case if it same, you win. In a normal poker machine, you can even win with a simple pair of jacks. Others offer looking at how rare the cards are that are being held.

There are different types of video poker that are available now. Few of them are listed below:-

– Deuces Wild: In this type of video poker, the wild card is served by two and you are eligible for a jackpot if you have four deuces.

– Multi Player Poker: In this, you can start with a hand typically of five cards; every extra hand played is eligible to draw from different cards. This form of poker is also available in ?triple play?, ?five play ? and many other versions of it.

As discussed earlier the popularity of poker has grown manifolds and the game has also changed considerably with new variations of video poker.